I thought blogging about my new passion would be a good way for me to remember what I’m doing (specially “how”). It’s a convenient way to keep track of my experiment, and if someone can find some use in there, well, it won’t harm too.

So I got for my 34th birthday many Lego boxes to play some Technic, Power Functions and NXT stuffs. I’ll later bought some custom parts on my own to have more things to experiment. I’ll maybe detail the complete rack later, but this first post is about achieving my first goal: Power!

The big picture is about building a RC Buggy Lego made, the first thing I need is a fast and solid propulsion, easier said than done. Based on this great motor comparison, I decided to go with the PF XL Motor, 220 RPM and 40 N.cm of stalled torque with a good form factor (NXTmotor is big and difficult to mount).

After many experiments I found out that:

So I came up with a simple answer: double the input to double the output!

This website helped my to find the good gear model to setup to achieve a good RPM with a correct torque.

Here we go for the pictures: 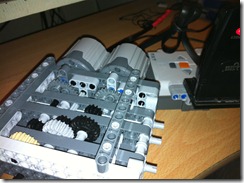 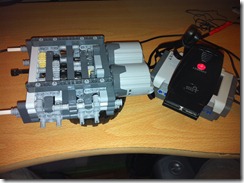 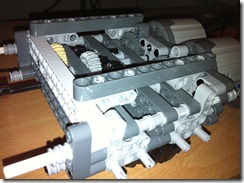 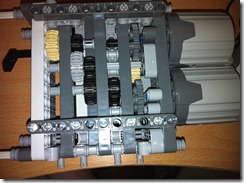 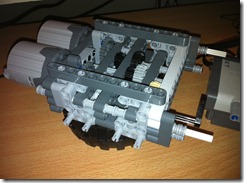 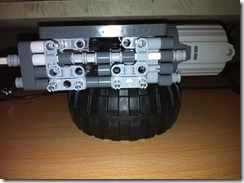 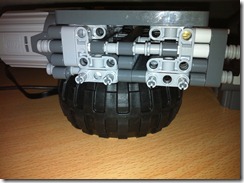 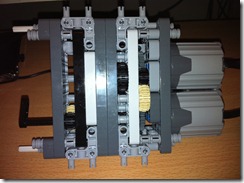 Let’s finish with a video of the beast: