I implemented Point Light shadows, soft shadows on spot lights.
Soft shadows on point lights are still in progress, the result is not great so far.

I also implemented the tone mapping to the back buffer of a different size than the deferred buffers, not a hard thing to do.
Doing all the deferred stuff using a 400400 resolution for a final back buffer of 600600 saves you a lot of rendering time (actually is almost twice faster) for a final result, not that bad. Maybe we can improve the final quality using few pixel shader instructions during the tone mapping. 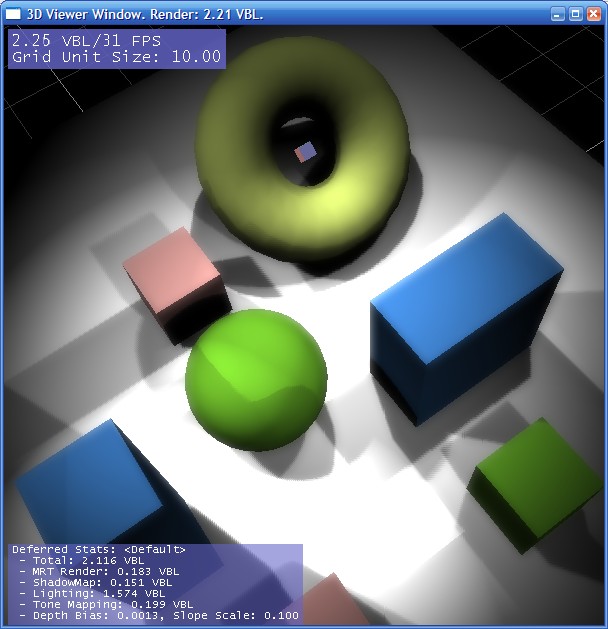 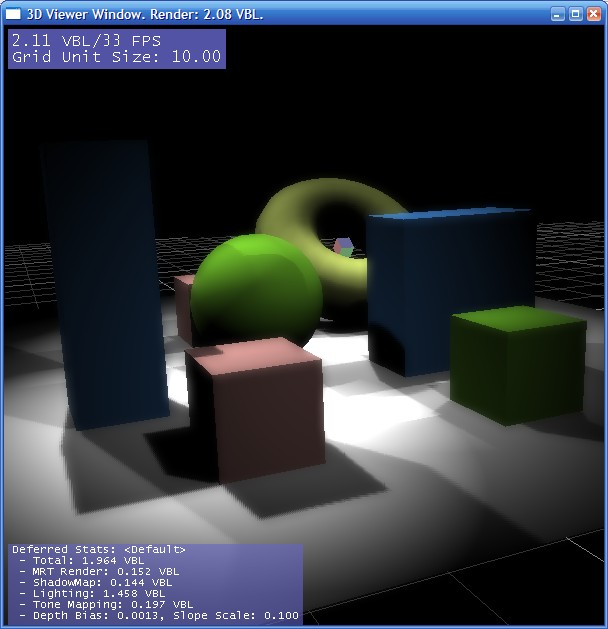 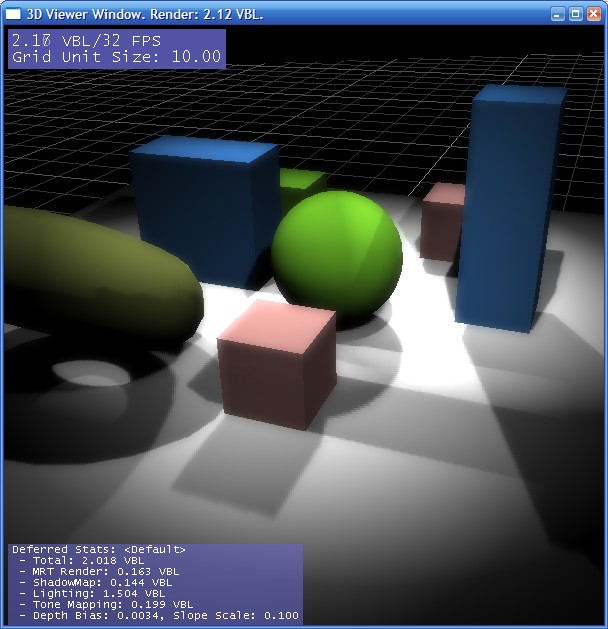 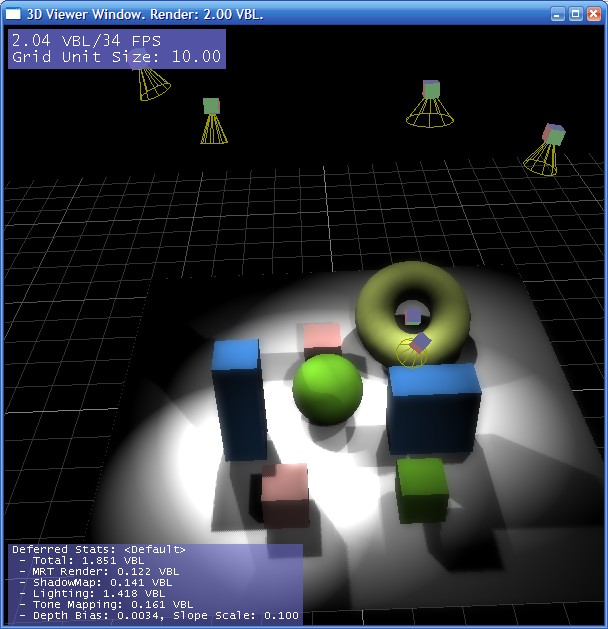 I know, rendering time is quite awful, but:

Point light shadows are rendered using a R32F cube map (256*256 pixels for a face). The rendering time is bad compared to a spot which uses a 512*512 D24X8 shadow map (using nVidia’s UltraShadow). But I’ll be able later to compute efficiently shadow casters and receivers which will certainly cut off 1-3 faces render of the cube map.

As usual the code is not fully optimized, but the design/architecture is. One may be afraid to the rendering time, but when you know few things like each light is lighting the whole screen (I don’t compute the bounding volume for an optimized lighting yet), after few majors optimization it should be better.